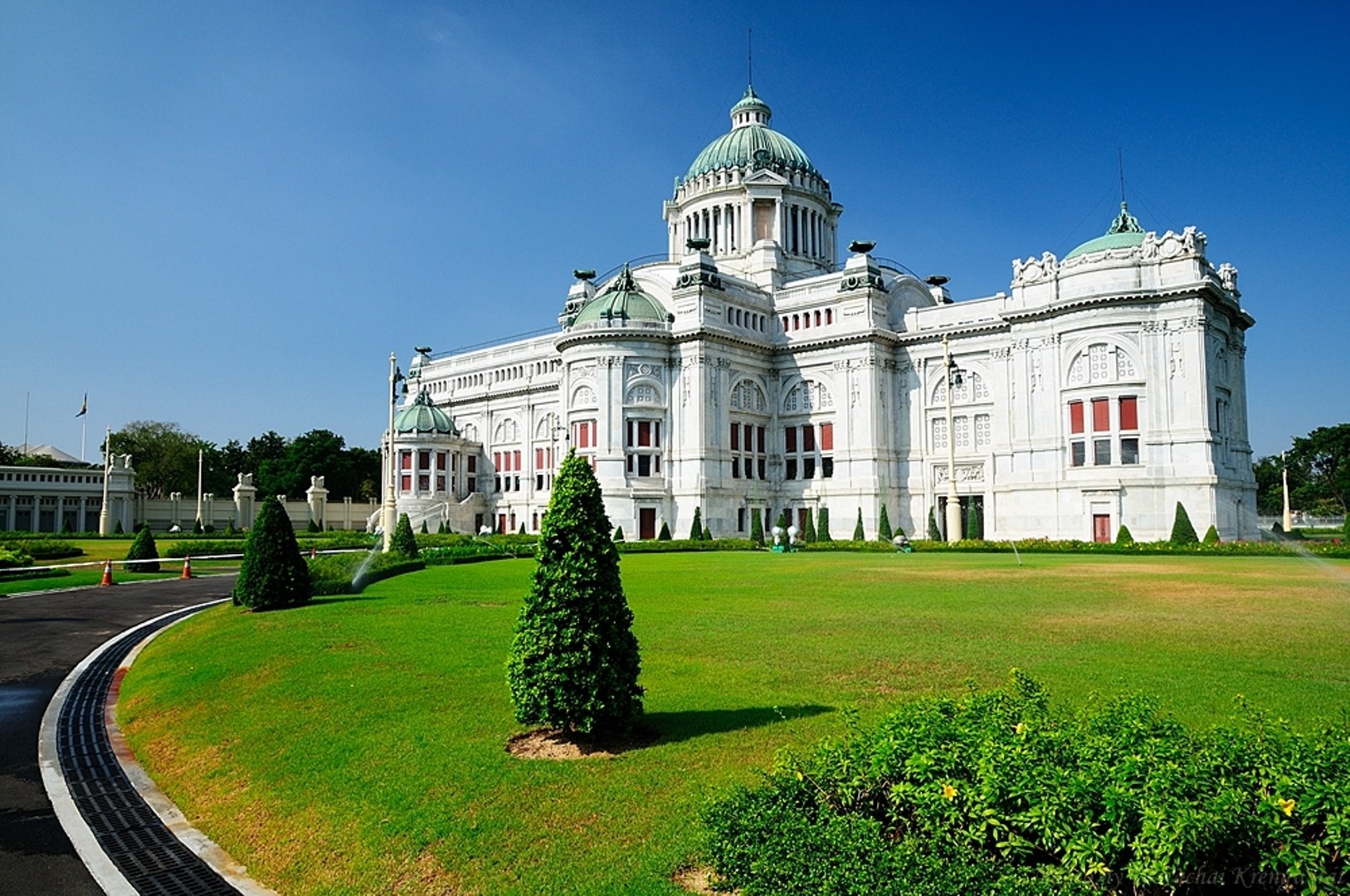 ANANTA SAMAKHOM THRONE HALL Marvelous Italian architecture in Bangkok, Ananta Samakhom Throne Hall If you wish to see another fascinating tourist attraction beside the traditional Thai architectures in the old city of Bangkok, we recommend you to visit the western-style building, Ananta Samakhom Throne Hall. Constructed in the early years of 19th century, the Throne Hall is located in Dusit Palace which was the new palace of the King Chulalongkorn or King Rama V. Because the King preferred larger and more modern palace, he asked the famous Italian architects in that time, Mario Tamagno and Annibale Rigotti, to write the blueprint of this marvelous throne hall. It is completely western architecture, Neo-classic and Renaissance style. Ananta Samakhom was made by marble imported from Italy. On the top, there is the largest dome in the center surrounded by six smaller domes. All of them were made by copper and its color changed from red to green by the oxidation process as time has passed. Inside the Throne Hall, there are Fresco paintings portraying the Chankri Dynasty or the King’s family by famous painters, Professor Galileo Chini and Carlo Riguli. In the era of absolute monarchy, the throne hall was served for the royal ceremonies. After the revolution of democracy in 1935, however, the People’s Party used this place as the government assembly. Nowadays, Ananta Samakhom is a museum and everyone can take a visit inside. Due to its royal premise, every visitor is required to dress politely. The dress code for ladies is floor-length skirt and no revealing. Men must wear trousers. Last but not least, there are also other interesting attractions nearby the Anata Samakhom Throne Hall, for example, The King’s Vimanmek Mansion, Ampornsathan mansion, Dusit Zoo, and Benchamabophit Dusitvanaram Temple or Marble temple, which is one of the most beautiful temples in Bangkok that was constructed in Western technique but decorated in traditional Thai style.